Israeli company ElectReon Wireless is building a 0.6-mile-long (1 kilometer) stretch of electric vehicle-charging highway, between Milan and Brescia in Italy, to test the technology for widespread adoption, a report by Innovation Origins explains.

Though the trial in Italy won’t be the first example of an electric vehicle-charging road, it is the first trial of the technology to involve a highway.

During the trial, the highway will recharge electric vehicles as they drive using copper coils on the side of the road to transfer energy straight to the batteries of electric vehicles (EVs) via magnetic induction.

With its ‘Dynamic Wireless Power Transfer’ technology, ElectReon Wireless envisions a world devoid of “range anxiety,” the company says on its website.

As charging infrastructure will, essentially, be built into the roads themselves, the system will also greatly reduce the need for charging stations as well as large batteries. In theory,  it could also eventually allow autonomous vehicles to drive around the clock without stopping to charge. 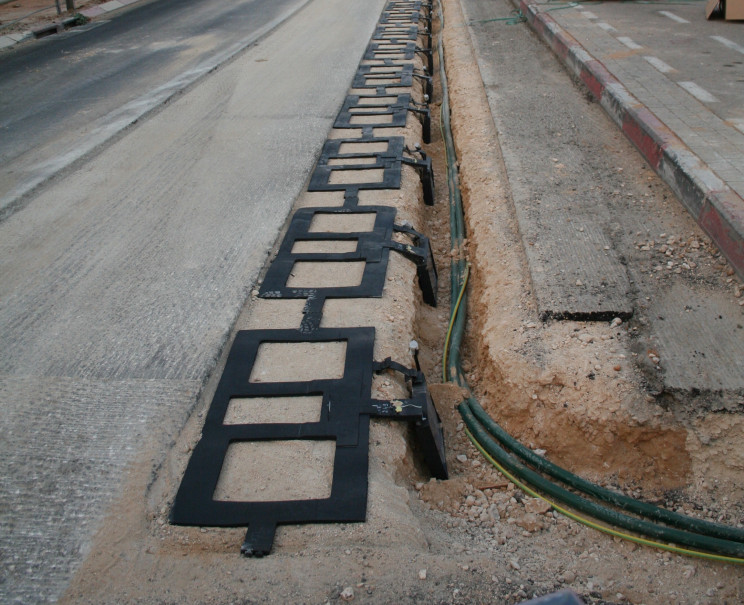 For their test EV-charging highway trial in Italy, ElectReon will install a receiver in the chassis of a number of participating electric vehicles — the company is working with ten Italian partners, including Brebemi, the operators of the toll road alongside which the electric charging technology will be tested.

The one-kilometer stretch of highway will have copper coils installed under the asphalt, as well as a control unit located on the side of the road. Previous trials by ElectReon have shown an average transfer rate of 70 kW from the charging road to the company’s receivers placed in electric vehicles.

ElectReon, which has already conducted trials in Tel Aviv, Israel, and Gotland, Sweden, is not the only group to work on the technology, which has its roots in Nikola Tesla’s 1890s experiments with lighting unplugged fluorescent lamps using alternating electric fields.

Sweden recently opened its first electric road, which charges cars and trucks on a 1.2-mile (1.9-km) route between Stockholm Arlanda airport and a logistics site. Researchers from Cornell University, meanwhile, recently proposed a new, smaller system that utilizes oscillating fields of current rather than magnetic induction, and is inspired by NASA’s methods for communicating with space probes.

It’s worth noting that we’re still a good way away from the mass-scale adoption of electric vehicle-charging highways and roads. Implementing such a technology globally could take years, and other ambitious highway projects, such as the solar panel road, shows that successful implementation is by no means guaranteed.

Though ElectReon has not listed specific dates for the start of the project — its website currently lists the project’s status as “in deployment” — we’ll be sure to update you as soon as any tangible updates emerge from the trial. In the meantime, you can have a look at a short video of ElectReon’s roadbuilding process for their project in Sweden.